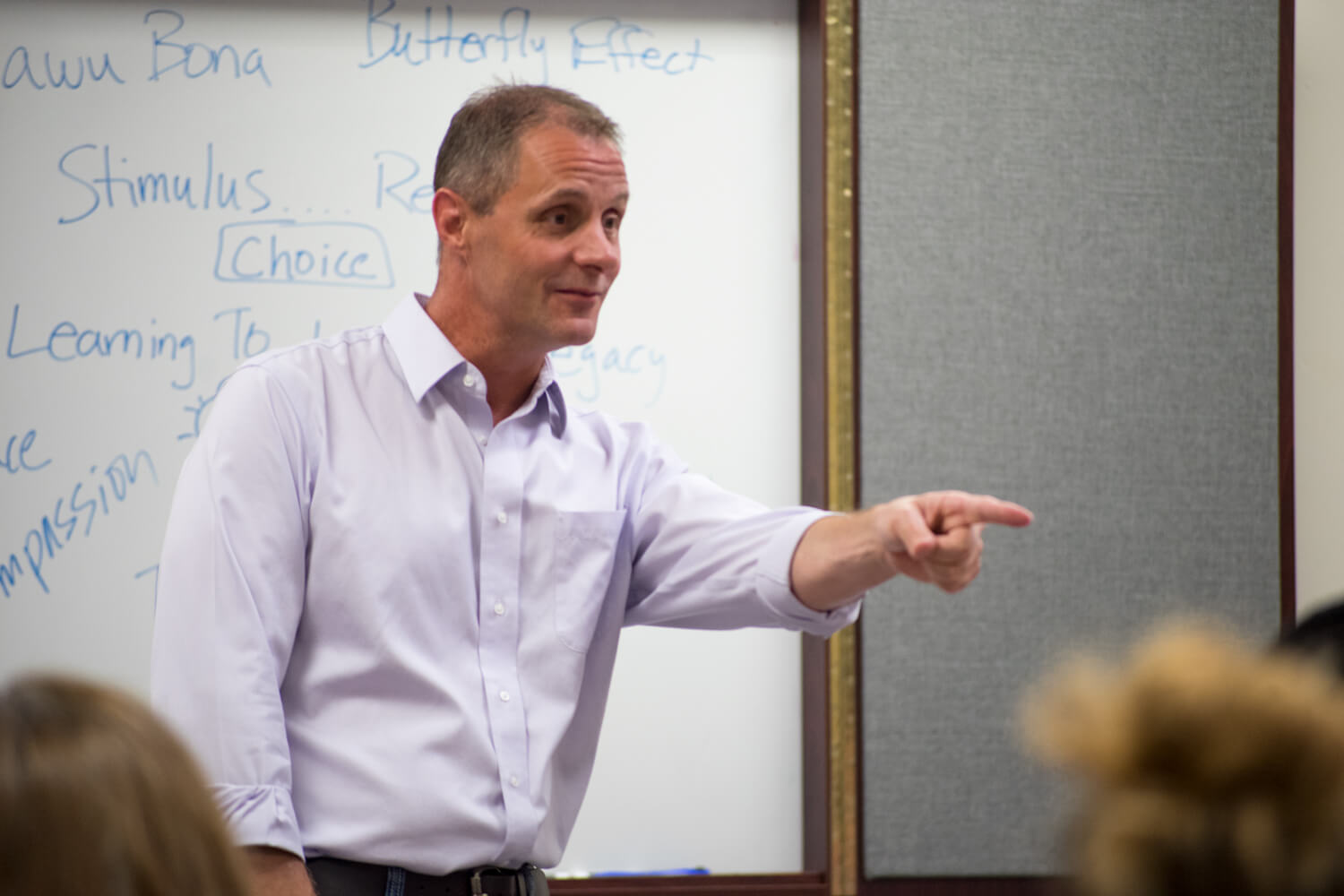 Buckley chose me as his human in April 2009. At the time, he was just six weeks old and absolutely adorable – typical of all Golden Retriever puppies. He is a British Golden – short legs, short nose, small ears. His short legs make him look like a fluffy caterpillar when he runs behind me on one of our many jogs together.

It was after a time working in this capacity that Stuart realized Buckley’s talents were being underutilized. That’s why the team switched roles. By visiting patients in hospice and assisted living, Buckley can spend more time with each patient. His intuition when it comes to cuddling patients, lending an ear to their stories, or, on some occasions, picking out a perfect stuffed animal for the occasion, may be just what these patients and their families need. He helps provide a sense of peace, even if he’s only around for a few minutes. With 4 years and 450 hours logged visiting with patients, he is definitely making the most of his seconds.

I quickly recognized that he had way too much love to share with just my family, and when he was about four years old, I met a person who would forever change the way I live – Michelle Ashley, the founder and executive director of Domesti-PUPS – an organization dedicated to improving lives through the unconditional love of dogs. Buckley and I enrolled in the Petting-PUPS program, and ten weeks later, Buckley received his Good Citizen and Community Canine designations, and we were off visiting residents of nursing homes and assisted-living facilities.

But something was missing. Not for Buckley – for me. I found that I had a desire to spend more time developing relationships with those folks we were visiting, but I wasn’t quite sure how something like that could be arranged. Buckley and I kept up our visits, but the feeling I had persisted. 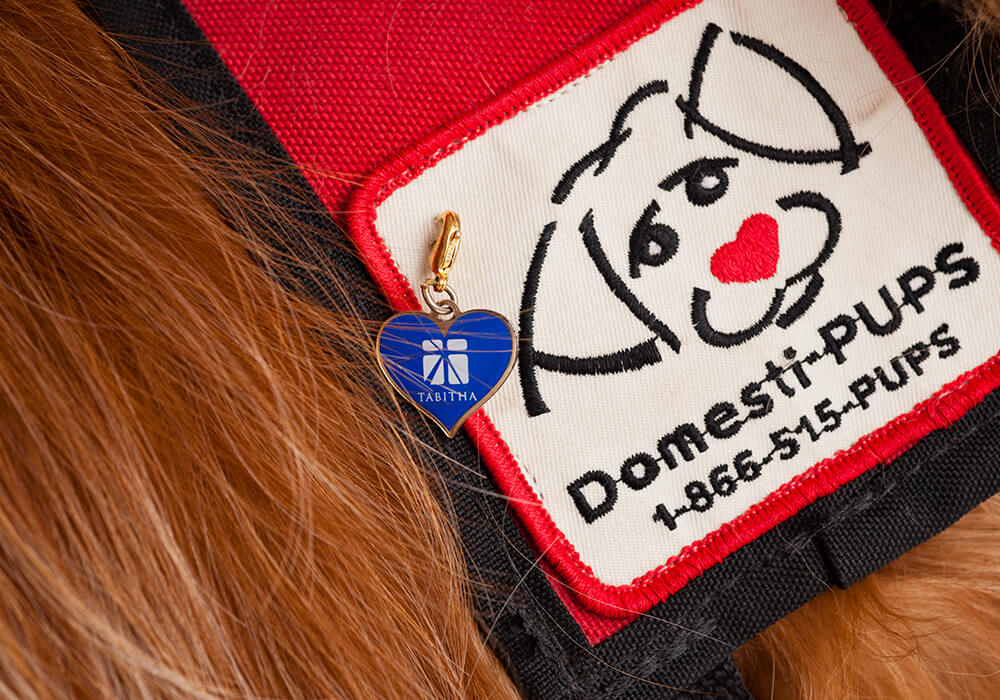 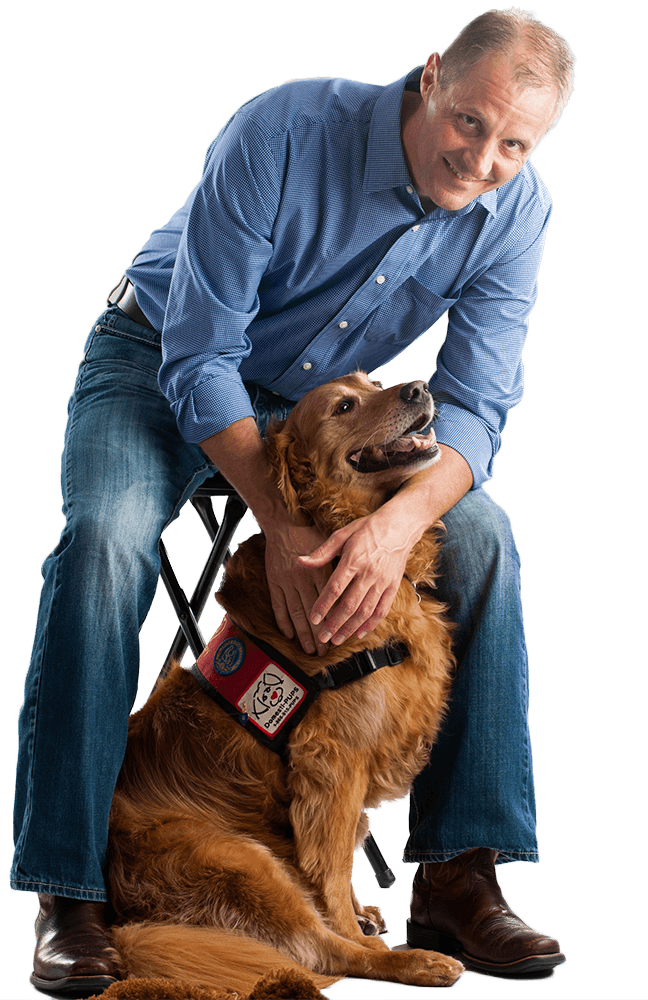 While reading the paper one weekend morning, I noticed an ad placed by Tabitha Health Care Services, a local organization that specializes in elder care. In the ad were the words “hospice care”. The answer had been given to me. First thing Monday morning, I called the number, and I was directed to yet another incredible person, Susan Eichele, Hospice Volunteer Coordinator.

While Buckley and I had just begun our therapy dog team journey, Susan had also only recently begun her journey as the volunteer coordinator. When she informed me that Tabitha did not have a therapy dog program in place, I asked simply, “Do you want one?”

Buckley and I began serving Tabitha Health Care Hospice on October 1, 2013, and since then the pet therapy program has been growing steadily. Although I didn’t fully realize it at the time, that day also marked the day that I was re-born. Buckley became the teacher, and I became the student. Nothing in my life has been the same since.