Somehow, we started talking about dancing. I recounted how my brother and I were not given a choice in the matter.

“When I was in junior high, my folks told me that it was time I learned how to dance.” And that was that. So every Sunday afternoon for the next eight Sundays, my brother and I were carted off to learn ballroom dancing.

“This wasn’t such a bad deal for my brother,” I added, “he was dating someone, end it was a great excuse to get close to her.”

Since I didn’t have a date, my mom said she would fill the dance card.

“The next time dance lessons rolled around, I made sure I had a date.”

Maggie laughed and laughed. “We used to dance every week at the Pla-Mor,” she said. I asked her if that’s how she met her husband.

“No,” she said, half smiling, half scowling. “We did lots of things together, but he didn’t dance. Whenever I asked him to go dancing with us, he said he didn’t know how and didn’t care to learn,”

“You were married a long time, Maggie – did you just go to the dances without him all those years, or did you just stop dancing?” I heard a slightly off-putting tone in my question as I considered a sacrifice so great. 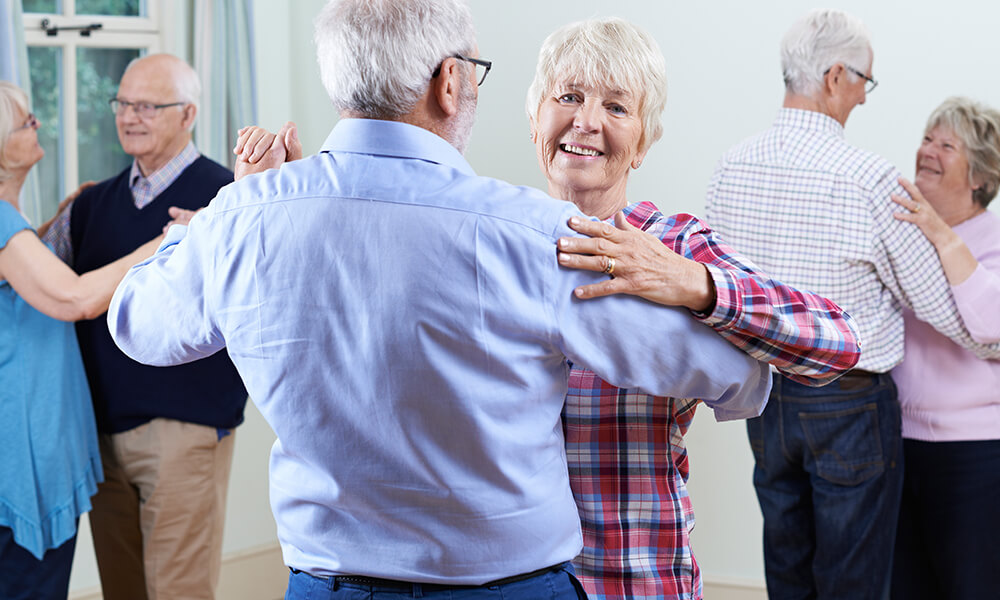 She told me that during the course of their courtship, he had asked her to marry him at least half a dozen times, to which her reply was always very simply, no. Until after one proposal, he finally asked her why.

“I told him I wasn’t going to marry someone who couldn’t dance.”

Maggie paused, looked at his picture, and said with a smile,